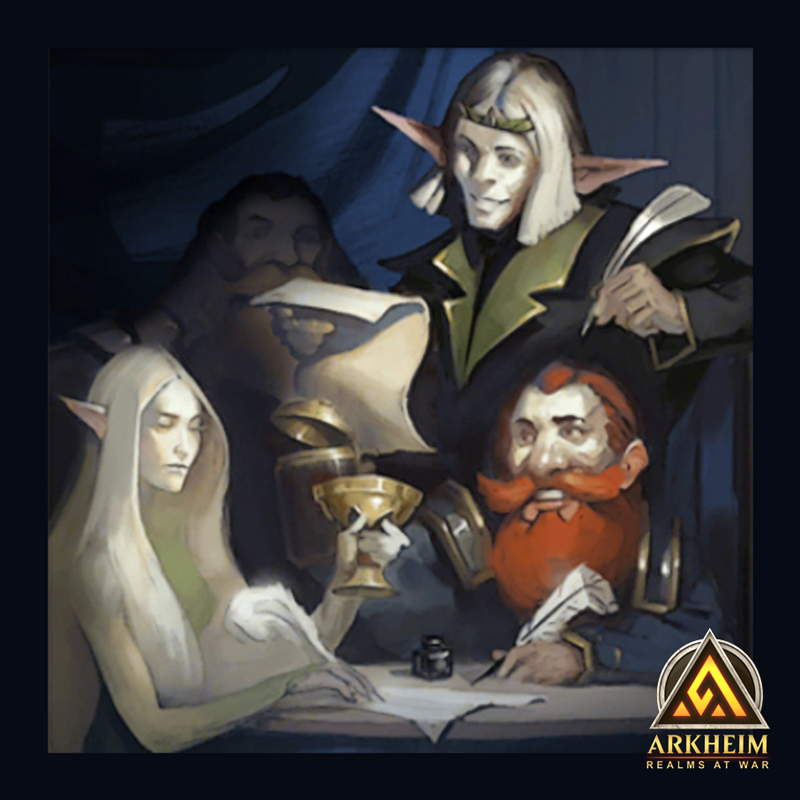 Diplomacy is key to success in Arkheim. Look around you on the map and you will see dozens of neighboring Realms. Each of them has its own goals, strategies, and intentions, just like you. Can you benefit from each other? Or are you standing in each other's way? In a world where you can't know what other Realms are up to, it's important to have allies who can cover your back and help you fight mutual enemies. You know what they say: "My enemy's enemy is my friend" (at least sometimes).

The War&Peace system allows you to set diplomatic statuses. Diplomatic statuses are extremely important for your Realm members (and for other Realms) to know what your relationship is towards those Realms. There are four statuses:

If you are ready to go all-out against another Realm, you declare war to them.

Once a Realm decides to surrender, an 8-hours timer begins.

During those 8 hours, the surrendering Realm can no longer attack but only defend their own towers.

A Realm wins a war by being the first to reach one of the two following War Goals:

The War is won if a Realm steals a certain amount of Orbs from the enemy. The needed number of Orbs to be looted is 25% of the number of own Orbs (at the beginning of the war), but never less than 1000, and never more than 50% of the enemy’s total number of Orbs (Overflowing Orbs do count towards this number).

Option 2: Victory by Tower Conquers
The War is won if a Realm conquers a certain number of enemy Towers. The needed number of Towers to be conquered is 15% of the number of own Towers (at the beginning of the war), but never less than 3 and never more than 50% of the enemy’s total number of Towers.

Possible outcomes of a war:

A war is over if:

After the War: Truce

Multiple wars on a big scale through Ark Energy:

Note that the Realm's Ark Energy is reset after the Realm ascends to a new island. 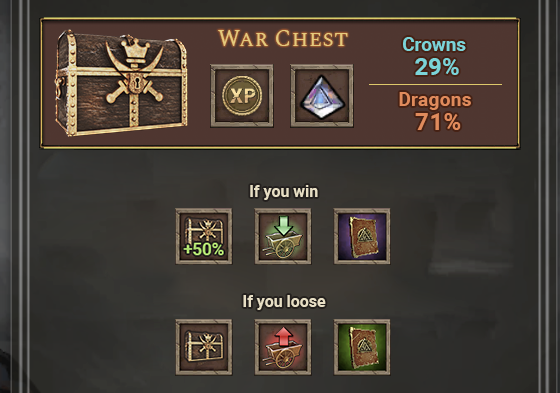 In addition to the loot a Realm gains from its enemy during a war, there is a reward for all players who participated in the war (from its beginning to the end. So, players who joined a Realm while it was at war, won't receive the chest).

The War Chest contains XP and Soul Energy that is distributed between all Realm members. The content of the War Chest is influenced by the ratio in War Potential between both sides, as well as the outcome of the war.

The stronger the Realm that you fight against, the bigger will be the share for you. If you win a war, you will also get an additional +50% of your share ontop.

P = Total content of the pot gathered during the war

The final percentage of XP and Ark Energy inside the War Chest for the Realms is:

In the above scenario, the winning Realm (B) will receive 93% of all the XP and Soul Energy that was generated during the entire war between those 2 Realms. On the other hand, the losing Realm (A) will receive 38% of it.

This total amount of XP and Soul Energy provided to each Realm will be divided by 15 (even if there are not 15 members in the Realm) and distributed to the members.

Along with the War Chest, every player who participated in the full war receives a tome.

Players of the losing Realm receive an uncommon tome.

Players of the winning Realm receive an epic tome. 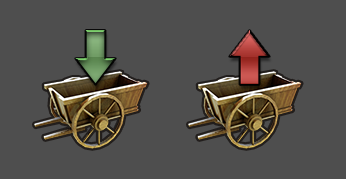 After a war ends, a 5 days Truce period begins. During this Truce period, the winner receives a Tribute from the loser. 20% of the production of all supplies of the losing Realm will be transferred to a Tribute Chest which is located in the center of your town. The Tribute chest works like a supply. As soon as one resource-cycle is complete, the Tribute can be picked up by you, and a new cycle begins.

Each Realm can only lose a maximum of 20% of Tribute to other Realms. How the 20% is distributed between those other Realms depends on how many own troops were defeated by which of the other Realms.

Realm A has lost a war against Realm B and Realm C and has to pay Tribute to both.

- Realm B killed troops from Realm A worth 200K XP.

- Realm C killed troops from Realm A worth 400K XP (twice as many).

How does the Tribute Chest work? 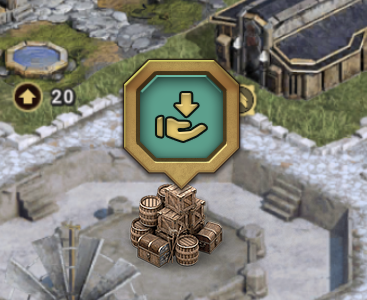 During Endgame, the total war breaks loose. All Realms will be at war with all other Realms. Other diplomatic statuses are not possible.