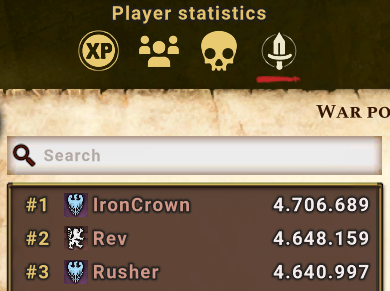 The ‘War Potential’ does not only indicate the total strength of a player’s army, it is also
an important factor for the calculation of the XP and Soul Energy gained in PvP battles.

What is War Potential?
War Potential is a value indicating how much war power there is available and ‘in stock’.
It includes the power of the troops that are attached to the Warlords but also those that are in Town and not attached. Additionally, the level of the player also impacts the War Potential value. To put it simple: It gives you an idea of how powerful a player (or Realm) is.

There are 3 factors determining the War Potential (WP): 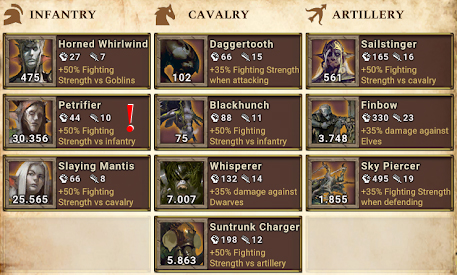 We want to calculate how much our Petrifiers contribute to the total War Potential of this player: Each Petrifier is worth 2 XP. We have 30356 Petrifiers in stock + 4644 Petrifiers attached to Warlords. That results in 35000 Petrifiers in total. Each of them is worth 2 XP, resulting in a total XP value of 70000. Let’s assume the player in this example is on level 72.

Impact on PvP battles
The War Potential doesn’t only give you an idea of the strength of a player or Realm, it also
determines how much XP and Soul Energy you gain in a PvP battle.

Better rewards for fighting stronger players
Whenever a PvP fight takes place, the War Potential of the two players who battle each other are compared. Fighting against a stronger player will also give you more XP and Soul Energy. While fighting against weak players will result in reduced XP and Soul Energy.
How big the resulting bonus or malus is depends on how big the difference between the two War Potential values is. The modifier indicating how your XP/Soul Energy value changes for each duel can be found in the Battle Reports when clicking on “Fight Details”

Example: Below you can see the modifier x1.32.
It means, the difference of the War Potential between the two players leads to 32% more XP for the weaker player, while the stronger player will gain 32% less XP. 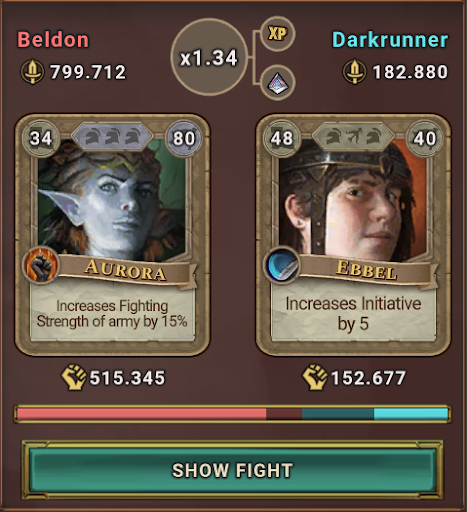