In the previous two articles, we learned how to expand territory with Towers, claim supplies, and generate Orbs. All important aspects that make the Towers so valuable and desirable targets. In this third article about Towers, we will learn how to defend our Towers while raiding our neighbors and claiming their lands.

Sending your troops to Towers

Every Tower within your own Realm can be used to station Warlords there. When Warlords with troops are stationed at a Tower, they will automatically protect the Tower and initiate a battle if an opposing army arrives. So it makes sense to have your most valuable Towers protected, be it because of the amount of Orbs they are holding, because of their strategic position, the supplies they are covering, or other reasons.

Clicking on a Tower within the own Realm will open a radial menu with four options: 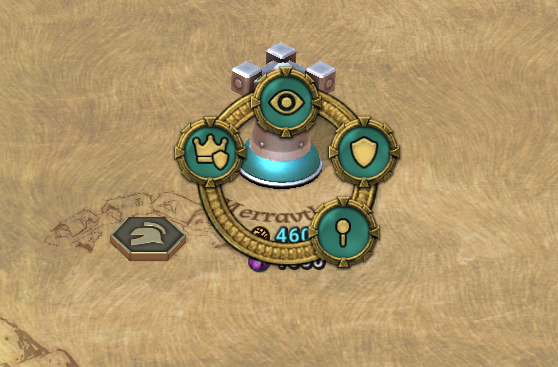 The journey to a Tower

When starting a mission to a Tower (no matter if it is a Tower from the own Realm or an enemy Tower), you can choose the Warlords you want to send on that mission. Consider that Warlords have different speed values. Some are fast, others are slow, so each Warlord has a different traveling time. When you send a group of Warlords to a Tower the group will be only as fast as the slowest Warlord of the group. Traveling times marked in red mean that selecting this Warlord for the mission would slow down the traveling time of the Warlord group even more. At the bottom of the selection screen, you can see the traveling time needed for the group and the hour the Warlords arrive at their destination Tower.

Example: We selected the Warlords Cerulean, Robinian, and Cicatrix. Cicatrix has the longest traveling time (02:40:37), so all 3 Warlords will take this time to arrive at the Tower. If we now added the Warlord Ceras to the group, the journey would take even longer, hence his traveling time is marked red.

A mission needs preparation time, called 'Assembly time'. The length of the assembly time depends on the mission type. During the assembly time, other Warlords can join in the mission. Warlords with high speed values assemble faster. But if they are slower than the Warlord who initiated the attack they can only join in up to the point in time that they would not delay the mission.

Troops can also be sent on attack missions to enemy Towers. Clicking on an enemy Tower the radial menu will offer you the two types of attacks you can perform: 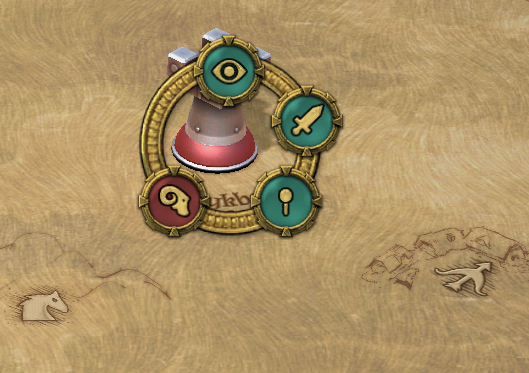 However, before attacking your enemy, there are a few basics you should consider:

Avoid making blind attacks. Observe the situation of your enemies, before sending your troops to war. Under every Tower, you will find two numbers. One of them indicates how many Orbs are stored in that Tower. The other one indicates the power of the army in the Tower (fighting strength).

Example: The Tower has only 71 Orbs, but it is covering territory with a Rare Supply next to it, making it an important base. A fighting strength of 7.9 million is concentrated in the Tower, making it quite difficult to conquer. 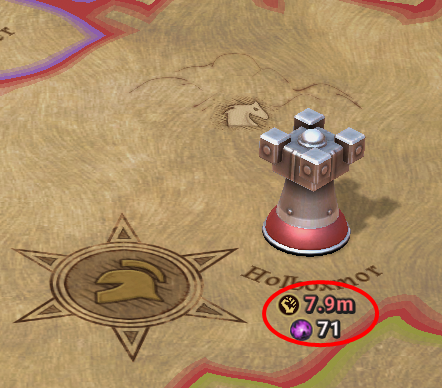 Tower distance to the Ark or Portal

Even if there are no troops stationed at an enemy Tower, consider that the enemy Realm will see your attack and react in time. Towers close to the Ark (the home of all Warlords) or a Portal, can be occupied by Warlords very fast due to the short travel distance.

Example: In the scenario below, each of the three Towers holds thousands of Orbs. The Ark in the middle indicates a total fighting strength of 21 million, of which 17 million are currently in the Ark, ready to protect any of the surrounding Towers at any time. 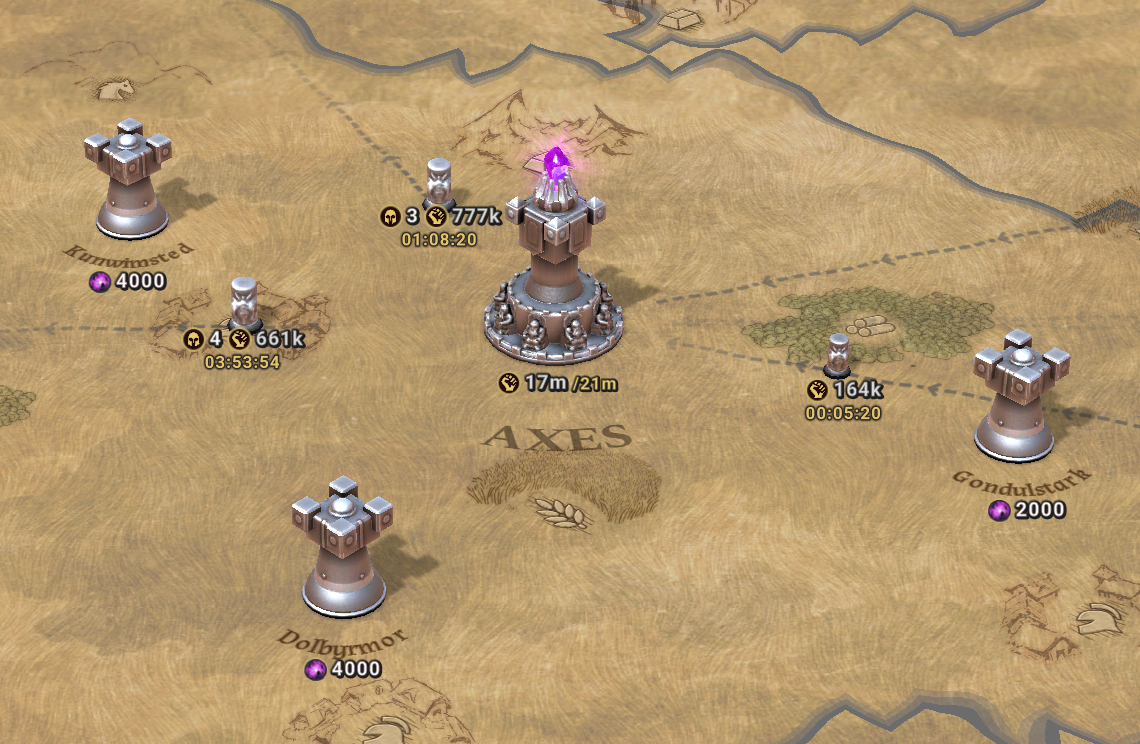 Other tactical details to consider before dispatching troops: 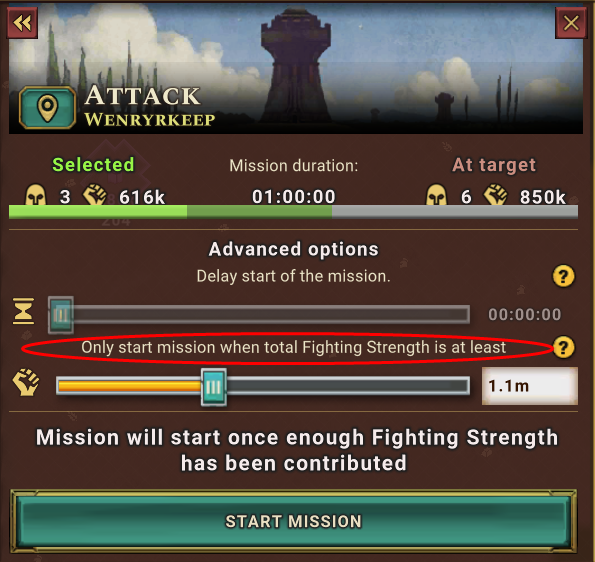 The process of Tower Raids

Now that you looked at some tactical details, let’s initiate an attack/raid to a Tower to steal all its Orbs. The steps of a raid are as follows:

Example: 1.6m defending troops are stationed at the Tower and the defender sends 2 further armies (608K and 1.2m) for defense (from the south). But the enemy approaches with an army of 5.1m from the north and will probably dominate this battle. 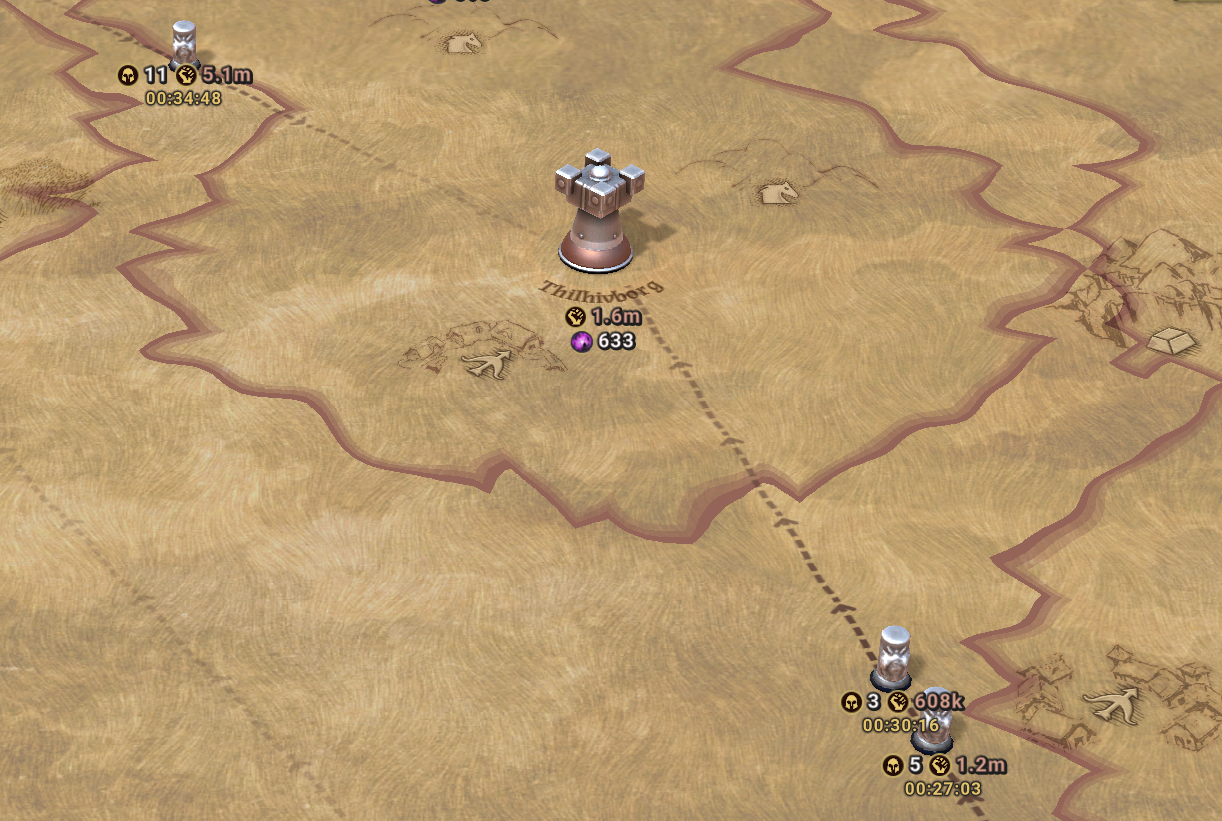 Conquering a Tower is only possible during the diplomatic status "war" and means, taking the Tower away from the enemy. Every Tower has 100 Hitpoints. Once the Hitpoints of a Tower reach the 0 mark, the owner loses control over it, Orbs in the Tower get transferred to the attacker and the Tower turns into a ruin with a 12-hours timer. During this time, a player from the victorious Realm can claim it, providing he or she still has a free Tower slot. In that case, the conquering Realm becomes the new owner of the Tower, taking over its influence, territory, and supplies in that territory. If the ruin is not claimed within 12 hours, it disappears from the map.

Disclaimer: During the Endgame (last 2 weeks of a round), Towers are claimed by default, and troops that successfully conquer a Tower remain stationed at the Tower.

The process of conquering Towers

The attack process for conquering missions is the same as for Raid missions, except, when the attacking army arrives at the Tower and defeats the defenders, the timer for conquering is not 1 hour, but longer. Troops arriving at an enemy Tower in conquering mission start dealing damage to the Tower, reducing its Hitpoints over time. The amount of Hitpoints dealt to the target Tower depends on the island on which the conquering takes place:

This means, if an army in conquering mission is located at an enemy Tower consecutively without being kicked out by the defender, the destruction is finished after:

During this time, the defender can send support troops to kick out the attacking army and interrupt the conquering.

A Tower that was damaged by an army in conquer mission can recover. If the defender manages to fight back the attacker, the damaged Tower regenerates 1 Hitpoint every hour.

Defending Towers of your Realm:

If your Towers are attractive targets, enemies will try to raid or conquer them. It is recommended to have those Towers well protected:

And there might be more smart (or wicked) strategies in Arkheim.

We wish you the best of luck in discovering them, outplay other Realms, and pave your way to victory.