Towers have various functions for a Realm:

In this 1st part of the lecture about Towers, we will look at constructing and dismantling Towers and expanding your territory through Towers.

Every player has a certain amount of Tower slots. Once your journey begins on the first island (Cornicula) you have 2 Tower slots. You can use each slot to build a Tower anywhere next to the border of your Realm. Every time your Realm ascends to a higher island, there will be one additional Tower slot unlocked for each player.

Once a player places a Tower, a 6-hours construction-timer starts indicating which part of the map will become part of your Realm territory once the construction is finished. 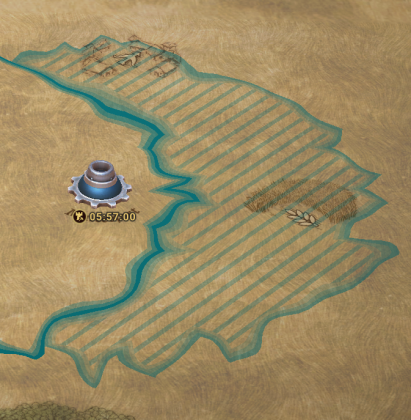 During this time, the tower construction can be canceled by the owner of the Tower. After 6 hours of construction, the tower is finished and the territory of the Realm expands.

Note: Even when a Tower is still in construction mode, it can already be used as a military base, and Warlords can be sent and stationed there, but you are not able to send Warlords on offensive missions until the Tower has been built.
Also: Keep in mind that the Tower can already be attacked by enemy Realms, even before it finishes the construction.

Selecting the right spot for a Tower 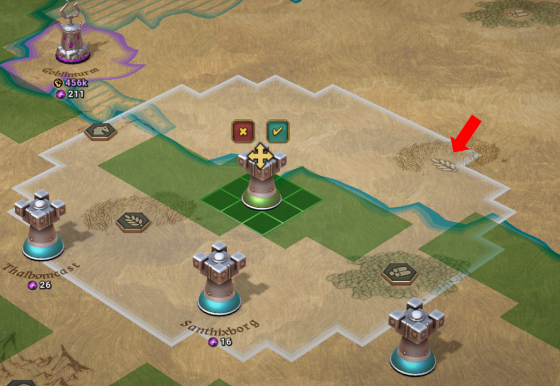 In some cases, a Tower can cover 2, 3 or even 4 supply fields at the same time. But this is not the only factor to consider when placing a Tower. Sometimes, there may be important targets or areas on the map and your Realm may want to get close to them for strategic reasons. Those targets may be Ascension Gates, Eternal Anvils, Rare Supplies or perhaps the map border or border of an enemy Realm. These and other strategic factors should be considered when placing Towers.

A Realm can upgrade one or more Towers once to turn them to "Enhanced Towers" and give them 2 extra fields of influence in all directions. Enhancing Towers can be done only by Realm leaders and costs Ark Energy. The Ark Energy costs for this are exponentially based on the number of Enhanced Towers the Realm already owns. On higher islands, the costs start at a higher price point. Enhanced Towers that are conquered by an enemy, keep their Enhanced Tower status, so if you enhance your towers, keep in mind that it may also become an attractive target for your enemies. 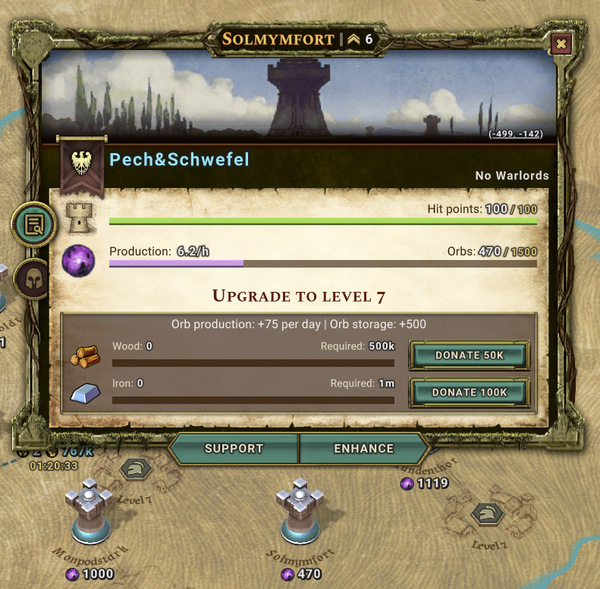 Dismantling Towers
A Tower will be dismantled if:

Once the owner of a Tower initiates the dismantling stage, a 6 hours timer begins. Just like in case of construction, dismantling a tower also takes 6 hours, and can be interrupted by the owner, or by a Realm member who claims the Tower while it's dismantling.

Note: A Tower cannot be dismantled while it is under attack.

Tower owners leaving the Realm
If a Tower is in a dismantling stage because the owner is no longer in the Realm, the Dismantling time will be 12 hours instead. During this time, another Realm member can claim the Tower and become the new owner of the Tower, providing he/she still has free Tower slots.

A player who changes the Realm will have all his/her Tower slots immediately freed again and can place new Towers the same moment he/she arrives in the new Realm.

When a Tower is in dismantling stage, the territory around it turns into contested territory, meaning that:

Once a Tower is fully dismantled:

There may be various reasons to dismantle a Tower. Some of them are:

Remember that in the event of losing the Tower due to an enemy attack the Orbs get stolen by the enemy. But when a Tower is dismantled the Orbs don’t get lost, but will be transferred to the next free Tower.

Stay tuned for the next Tower-lesson, describing how Towers function as Orb-fabrics and what to keep in mind when gathering Orbs.


The territory of a Realm reflects the area in which it has more influence than all other Realms. This is done by looking at each individual field and checking which Realm has the most…
Cerus
Jun 2nd 2021
0