Congratulations to the Realm Murx for winning the Early Access I round!

We in the Arkheim - Realms at War team wanted to sit down with the winners for a moment and ask a few questions on how their game round progressed.

Hello Murx! If you could have done one thing differently as a realm, what would it have been?

We were very reluctant. We had assumed that we would need a huge number of troops on Island 5. Accordingly, we were calm and let others do their thing. In the end, we had so many troops left that it was awesome but useless. many of us would’ve liked to have a little more action.

Which realm was your most threatening opponent? (If you had any?)

'Threatening' …I would not say a single realm was a threat.

What was kinda uncomfortable was that we ascended to island 4 as the 1st realm (the mid position is the worst you can take actually) and then realized we had misjudged the situation we would be in. That was a time full of uncertainty and we are awful diplomats.

Island 4 was very uncomfortable for us and we had to be careful with what we do. A three-front war would have been grueling. We had started attacking ME when SU moved South towards us and set up a portal. And we heard some rumors about a meta forming against us.

This was when we realized our 'partner' would not help us.

What were the toughest challenges for you as a team? Did you have disagreements?

Of course, there were disagreements. Most of them arose when we didn’t have fights against other realms.

The time right after ascension was the time for internal quarrels: Clear supplies as fast as possible? Or wait and let everyone get their fair share of the XP? This was pretty hard to solve since mechanics have a double effect: What’s best for your realm is also best for the individual player who does it. That leads to quite some internal arguments.

Towers were also the occasion for a discussion. Especially when it comes to diplomacy. What do we want to deliver? Where do we draw our line? I am glad to say we have found a way through all these discussions as a great team.

Did you have different roles in your realm? Entertainers, diplomats, those who focus on defending and attacking?

We have someone who plans the towers (Tower Master), and we have leaders who make the final decisions. What is decided is decided, we expect everyone to follow decisions. 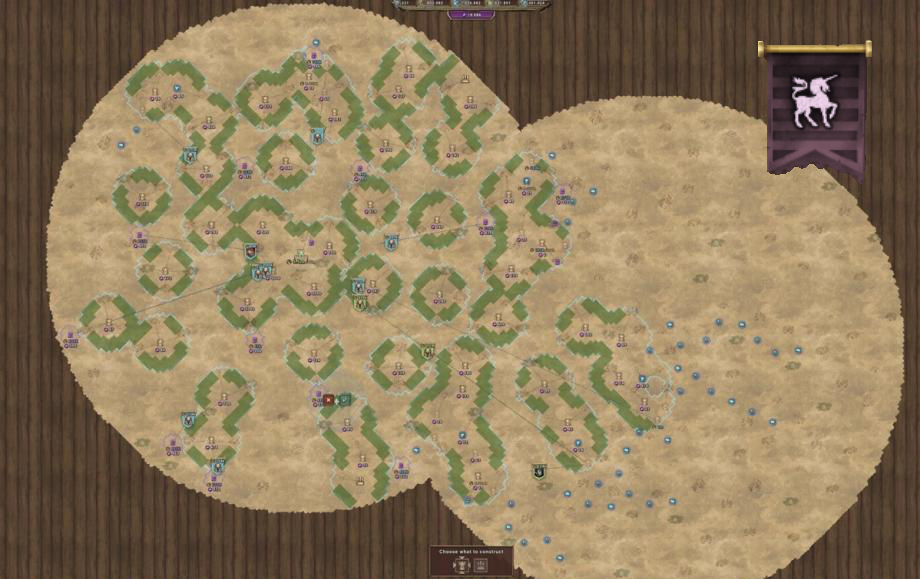 Tower Master and his tentacles at work

That aside we are a "direct democratic dictatorship", we discuss everything openly in realm chat or in voice chat. For us, its important everyone can raise concerns and add ideas. There were no runaways like in other realms.

Arkheim looks as if there was barely any strategy involved because you can see everything (on the map). If you dig deeper into it there are lots that you can do strategically. You just need to really look for it.

Teamwork makes the dreamwork. Stick to your Realm and talk to each other.

Will there be a Murx next round? Will the Realm stick together?

Hum. Might be that some start again and some won't, but we are pretty sure the ones who start will start together again.

There are those of us who won’t play again unless there are big changes. But Murxies stick together.

The Elders of Arkheim

The Elders of Arkheim

The most dedicated Generals of many
Who act as a Guide and a Mentor to any
Who contribute, making Arkheim better for all
Shall be known as the Elders, the Moons hear your call


-So said the Moons-


Elders are born from the Community
Arkheim - Realms at War couldn't have become the great game and community it is today without the valuable contributions, thoughts & ideas of our most passionate players. This passion is not only a major driver for the game development…
Cerus
Oct 27th 2020
0