Many of you have ascended into Eternal Light, but did you know ascension was not always a part of Arkheim - Realms at War? Back in the very first closed beta, there were no Ascensions or floating islands, but instead one huge continent for all players to explore as either Dwarves or Elves. Now, let’s dive deeper into the breaking of a continent.

Why did we break the continent?

Math. While we like the idea of exploring one huge new and wonderous continent, a mundane thing called math lead to the idea of floating islands.

The problem with our previous static map was that the initial Realm placement was very final, and if you ended up between two very competitive Realms you were basically done for. Players either changed Realms or even stopped playing altogether.

Or, seen from the other perspective, the “sandwich” Realm in the middle had nothing to lose while blocking territory from others and keeping them locked in meaningless fights.

That’s when our Game Designers came up with the Ascension system – basically dividing Realms into several leagues, with regular replacements to keep Realms of similar strength closer together. Now, this didn’t immediately scream “floating islands” at us; we were rather thinking about a large, somewhat circular continent where players start on the edges, working their way inward towards the very centre.

At some point, we thought about these huge ring-shaped walls dividing the different zones, with gates to pass through. There was talk about a big Volcano at the centre that would look just awesome. Water would flow at the edges of the map. We had many ideas, and quite liked where this was going.

It all came down to how many starting Realms we needed to create at server start in order to have a well working game round, and how big the continent would need to be in order to place them all on the edges. The answer was: Too big.

And thus, our beloved continent of Arkheim got chopped up into pieces and was sent flying into the sky. 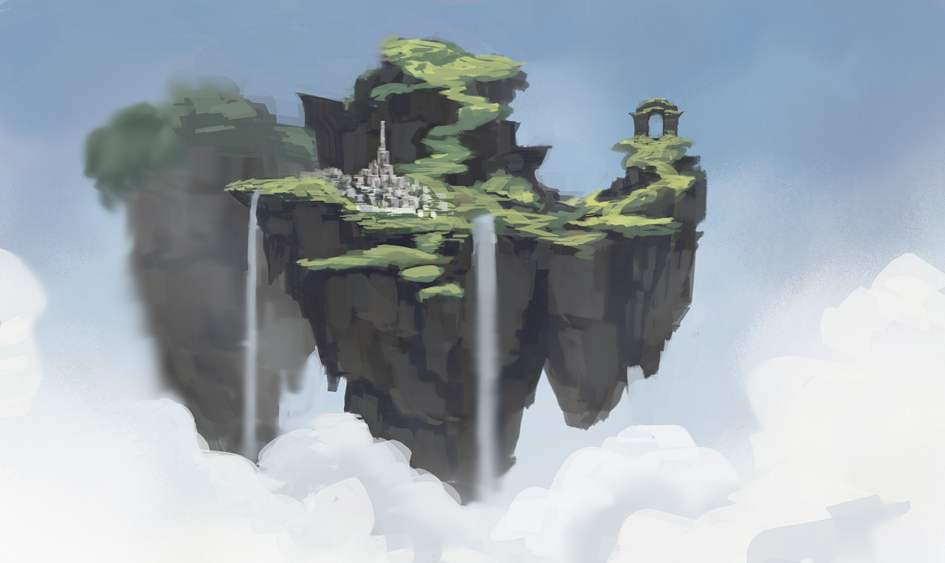 As we looked at the result and tested the new concept, we realized that we have not only solved our issue of space, but we have also created a somewhat mystical map that stands out from most other war-game maps that are out there. Also, by shattering the continent of Arkheim we created new space for a richer lore, telling the story of Arkheim’s destruction and the Ascension Gates that magically connect the islands with each other.

The second closed Beta got us very excited when the first Dwarves and Elves would arrive on the shattered lands. And it worked.

Arkheim – Realms at War became a war game with a dreamy fantasy touch, giving it its unique personality. Its evolution was inspired by passion, ambition, and as you see - even by math.

In the Next Dev Diary, you will get a sneak peek into upcoming features and changes!

Thank you for reading and see you soon!