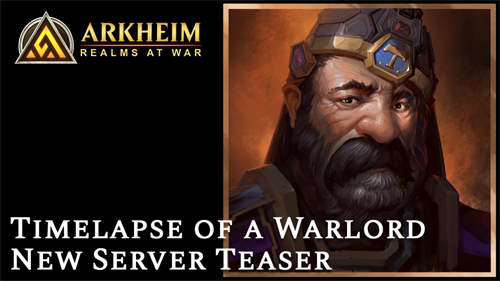 This Warlord and 3 others will be playable in the next game round of Arkheim - Realms at War.